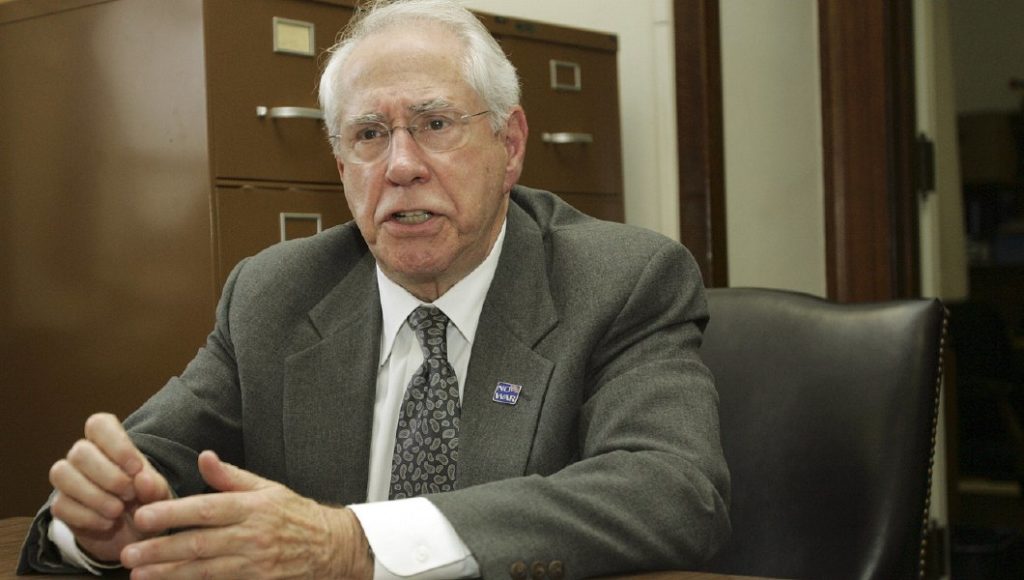 The former Democratic senator who entered the classified “Pentagon Papers” into the Congressional Record, making them public, says House Intelligence Committee Republicans are cowards if they let the executive branch block release of a memo on alleged surveillance abuse.

Former Sen. Mike Gravel of Alaska said Republicans on the committee would demonstrate “the height of cowardice” if they abandon efforts to release the memo after voting to do so Monday evening.

Gravel said lawmakers should be willing to unilaterally release classified documents if they feel it’s in the public interest, as he did with the secret Vietnam War study.

“The criteria for releasing anything is this: Is this something the people should know? If the Republicans feel this should be made public for the benefit of their constituents, fine, release it. The Democrats should do the same. But there is no argument to be made this stuff is secret and it’s too important for the people to know,” Gravel said after the committee voted along party lines for release.

“I’m not advocating it be done by the man on the street,” he added. “I’m advocating this be done by people who are duly elected and sworn to protect the Constitution. We cannot have a vibrant democracy if the American people don’t know what the government is doing.”

The Justice Department said last week that release of the memo would be “extraordinarily reckless” without executive branch review. Democrats who have read the document say it is misleading and risks unmasking important secrets.

Still, House Intelligence Committee Republicans voted for the release and started a five-day waiting period, during which President Trump can object to release. The memo is believed to address Foreign Intelligence Surveillance Act-related activities pertaining to the 2016 Trump campaign.

“If he doesn’t object, we can

[publish]. If he objects, we can refer it for a vote of the full House,” a House Intelligence Committee Republican source said late last week.

Gravel said Republicans should not back down if they meet resistance from administration officials.

“For the Congress to be a bunch of wimps and cowards and defer to the executive branch because they don’t want to take any responsibility is the height of cowardice,” he said.

In June 1971, Gravel convened a subcommittee he chaired and released thousands of pages of the Pentagon Papers into the Congressional Record, ensuring they would remain public as the Nixon administration challenged in court the right to report on the leaked document.

“All this brouhaha between the executive and the legislative is ridiculous. It’s all because these people don’t understand their responsibility under the Constitution’s Speech or Debate Clause,” Gravel said. “There is no legal risk on their part for releasing information they feel the public should know. No risk. Period.”

Gravel won the 1972 Supreme Court case Gravel v. U.S., with justices finding the Constitution’s Speech or Debate Clause immunized not only his release of the classified records, but also covered the participation of his staff.

The memo on alleged FISA abuse has resulted in notable party unity in the House, where debates on surveillance often are characterized by bipartisan pushes for privacy protections against a bipartisan consensus in favor of the status quo among leadership.

Rep. Zoe Lofgren, D-Calif., a longtime FISA reform advocate, told the Examiner last week she read the short memo and felt it should not be released. She said it “was crafted in a way that would create a misimpression based on classified information that I’ve reviewed long ago and cites sources that are highly classified.”

Lofgren said release would set up a secondary fight for release of the highly classified underpinnings.

“I can’t talk about this memo, but I think — critical as I’ve been about a lack of a warrant requirement [for domestic communications under FISA] — there still are things that shouldn’t be published. We have spies; they have spies. To think every single thing that has been done by intelligence agencies should be published, I think, is incorrect,” she said.

On the Republican side, there’s been a groundswell of support for release among rank-and-file members, many of whom shared their demands for release under the social media hashtag #ReleasetheMemo last week.

Members of the House are allowed to read the memo, but senators, including those on the Senate Intelligence Committee, have complained about not having access. House members who read the memo must do so in a secure room supervised by committee staff.

Although Lofgren said “it was not a long memo,” she questioned how a member of Congress would sneak a copy out of the secure reading room.

Gravel said even if lawmakers are guarded in the reading room, they can easily find a way to sneak a copy into a press release or official proceeding.

“Obviously then they have to be intelligent enough to get a copy of the document,” he said. “This is ridiculous, the Congress does leak like a sieve and if a person is intelligent and intent on releasing this information, it’s not that difficult. They just pretend it is to cover their backsides.”

The Failure of Representative Government and the Solution
Paperback