Global Expansion of NATO Is Not in Germany’s Interest! 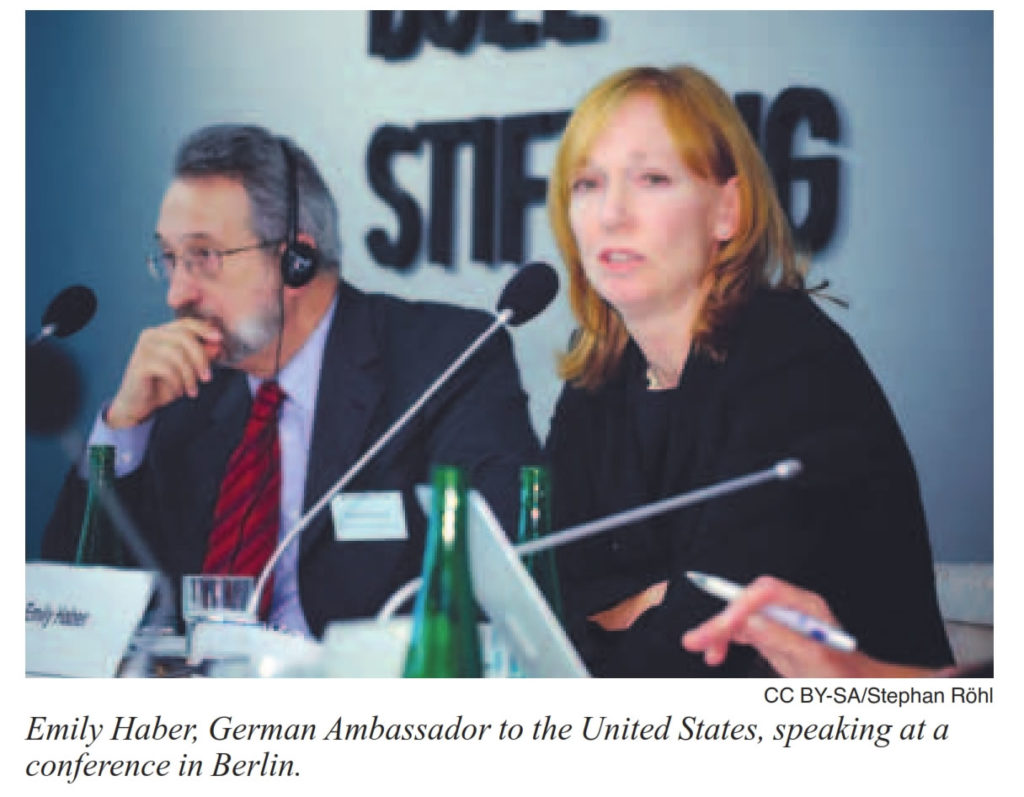 This article first appeared in the German-language weekly newspaper Neue Solidarität. It was translated by the EIR staff.

June 19—After weeks of rumors, President Trump made it official: The U.S. government plans to withdraw 9,500 U.S. troops from Ger-many and limit the total number of troops stationed here in Germany to 25,000. In addition to numerous expressions of outrage over the rude-ness expressed by the U.S. failure to coordinate this step with its “partner,” some of the other-wise suppressed facts were brought into the open about the reasons for the U.S. presence. The commotion was further heightened by the threat that U.S. sanctions against participation in Nord Stream 2 could affect not only German and European companies, but even government agencies and officials in the German Federal Republic, to which end U.S. war-hawk Ted Cruz even wants to introduce a bill in the Senate.

So it’s time to start thinking about German interests in a complex and rapidly changing world. In itself, the reduction in U.S. troops could be a welcome development, as any downgrading of military capacities can reduce tensions in Europe and as a whole series of military experts believe that a Russian attack on NATO can be virtually ruled out. It would be a different matter, however, if these troops were relocated to Poland and other Eastern European countries and therefore became part of a heightened policy of encircling Russia.

The German Ambassador to Washington, Emily Haber, said in a meeting of the Council on Foreign Relations that the U.S. troops were not in Germany to defend Germany but to project the military strength of the trans-Atlantic community into Africa and Asia. One can even be certain that as long as Trump’s promises to end the endless wars of the Bush and Obama administrations, and to withdraw troops from those conflict areas, are in practice ignored by the Pentagon, there will be no closure of the base at Ramstein and no withdrawal of U.S. nuclear weapons, as requested by the leader of the Social Democratic Party (SPD) in Parliament, Rolf Mützenich.

Far more important than the commotion over Trump’s style of dismissing his partners are the plans that NATO Secretary-General Jens Stoltenberg presented at the recent meeting of the NATO Defense Ministers for NATO’s expansion into the Asia-Pacific region. That’s because the entire trans-Atlantic war- hawk faction—including, for example, the Atlantic Council, the German Marshall Fund, Ian Brzezinski (the son of the disastrous Zbigniew Brzezinski), and various other think-tankers—are pushing for the globalization of NATO and the strengthening of relations with “global partners” such as Australia, Japan, South Korea, and New Zealand. Special efforts have been made to include India in the strategy of an “Indo-Pacific Partnership” to encircle China.

NATO in the Pacific?
Brzezinski wants to go so far as to establish a NATO headquarters in the Pacific region, from which NATO maneuvers would be coordinated and which would by no means be limited to purely military operations, saying that NATO’s entire range of diplomatic, economic, technological, social and military capabilities must be mobilized to demonstrate the “geopolitical power” of the West. The Economist commented that the real discussion in NATO, which is much more important than the “short-term spats” between Germany and the United States, is how will NATO counter China’s rise in the next ten years, and thus still have a purpose in 2030.

NATO Secretary-General Jens Stoltenberg professes to be “concerned” about China’s rise and Chinese investments in nuclear weapons and long-range missiles that could reach Europe. He is silent about the fact that China’s “rise” is because it has lifted 850 million of its citizens out of poverty, and relies to do so on the very scientific and technological progress that the EU is throwing out of the window with its economically insane “Green Deal.” 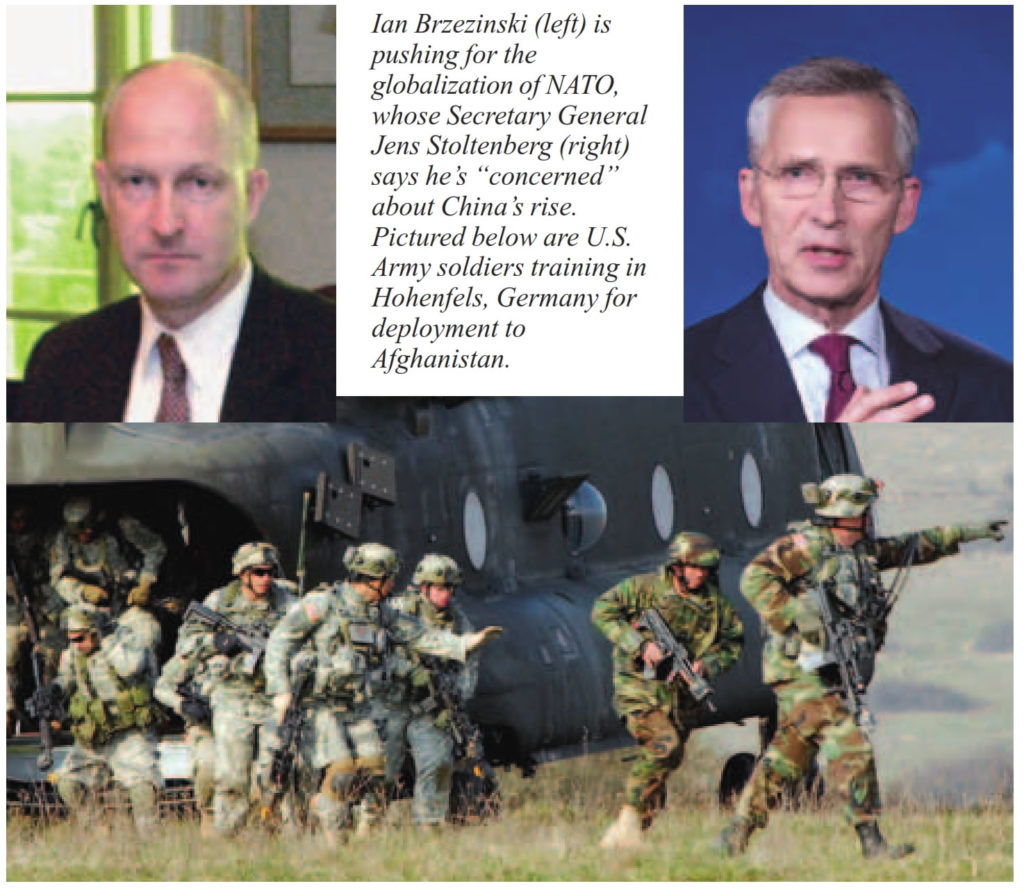 He also hides the fact that the surge in Chinese armaments investments is in response to the hysterical anti-China campaign currently being escalated by the British and war-hawks like top U.S. officials Mike Pompeo and Mark Esper. He also forgets to mention that China, according to the Swedish research institute SIPRI, has only about 5 percent as many nuclear weapons as the U.S. has.

To the extent that the pro-war trans-Atlantic faction is trying to escalate the military encirclement of Russia and China and is even intent on the complete economic decoupling of China, pressure is increasing for Europe to be fully integrated into the anti-China campaign. Probably the wildest propagandist in this regard is Steve Bannon, a representative of the extreme right in the U.S., who recently called for the immediate decoupling of the West from China in the German newspaper Die Welt, owned by the notorious Springer publishing house. Bannon asserts that this is not a cold, but rather a hot war, and if the EU wants to try to avoid this war, the European countries will end up as the “vassals” of China. 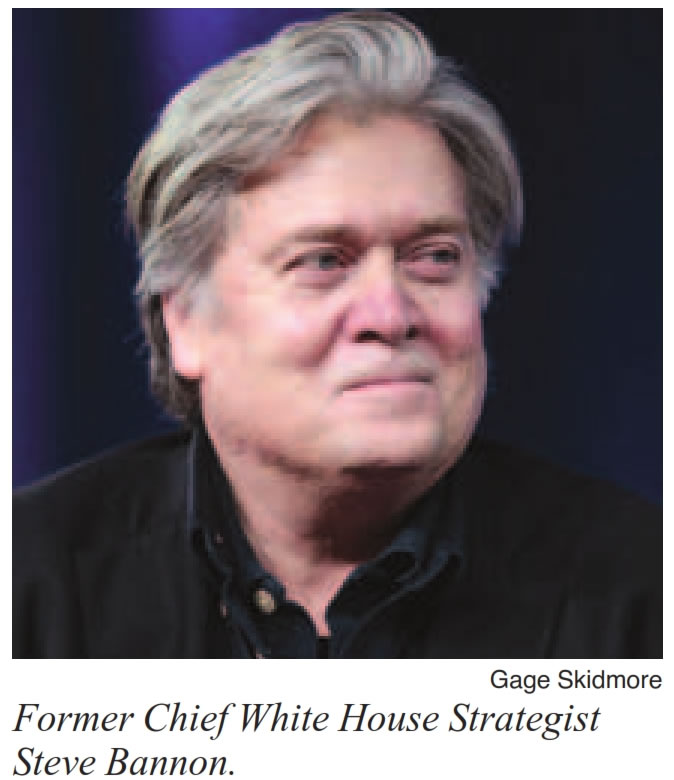 The same line is taken by the Green leader Reinhard Bütikofer, Co-President of the Inter-Parliamentary Alliance on China (IPAC), whose political similarity is not only to Bannon. IPAC includes war-hawks like U.S. Senators Marco Rubio and Bob Menendez, who obviously don’t mind doing political things together with Bütikofer, a former member of the Kommunistischer Bund Westdeutschlands (Communist Union of West Germany, KBW).

The KBW was one of the numerous so-called “K” groups at the time of the 68er youth uprisings and the SDS (Students for a Democratic Society), the preeminent U.S. new left organization, most of which groups were fully in line with the Chinese cultural revolution and the anti-technology Red Guards.

At the same time that China turned away from this ten-year plunge into what is considered to be one of the darkest periods in China’s history, and began a great change with the economic reforms of Deng Xiaoping, which started China’s rise, the various supporters of the SDS and the “K” groups embarked on the “Long March through the institutions.” More than a few of these radicals were collected by the Atlantic establishment and, as a result, made it to high positions, including to the rank of foreign minister. From then on, The Internationale was replaced by the old song, Whose bread I eat, his song I sing, and so they still sing today. 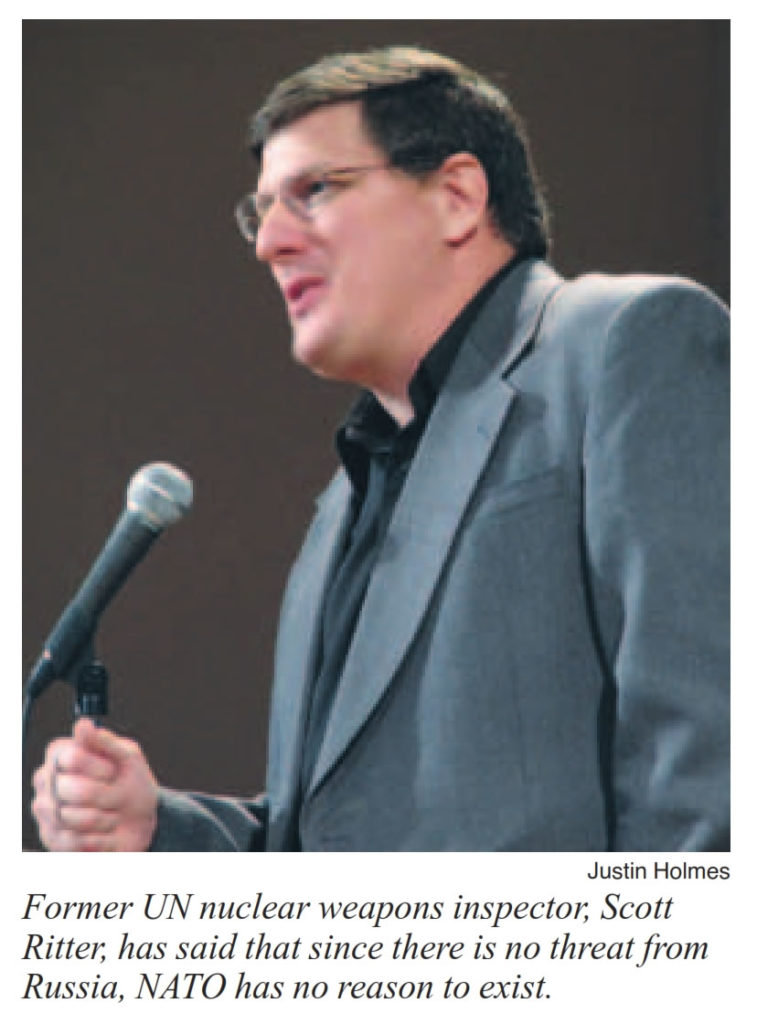 World War III?
Scott Ritter, the former UN weapons inspector, who has the merit of blowing the whistle on the lies upon which the Iraq war was based, recalls—in a commentary on Trump’s partial withdrawal of troops from Ger- many and the fears expressed by the U.S. think tank CSIS (Center for Strategic and Internationa