Scott Ritter, as many but not all of you know, was a marine officer and the chief UN Weapons Inspector in the 90s who played an important role in making Saddam Hussein comply with requirements that he destroy his WMD at that time. Most importantly, he was one of the few who correctly argued that Saddam no longer had WMD 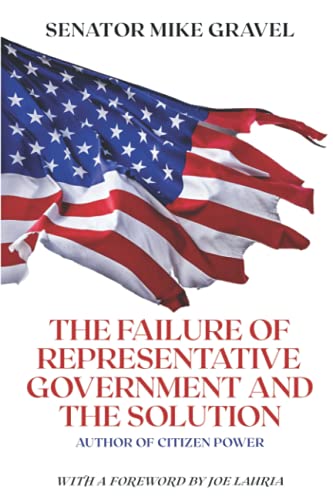 The Failure of Representative Government and the Solution
BUY NOW